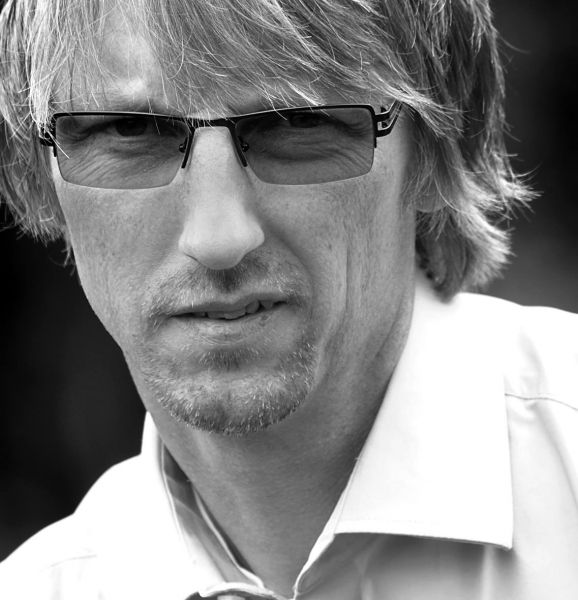 Andreas Ludwig Schulte was born in Papenburg in 1969 near the Dutch border. Beginning from his childhood music has always played an important role in his life.
When he was ten years old he was taught to play the clarinet in the local brass orchestra, the “Kolpingkapelle St. Michael“, Papenburg. A few years later he became a member of it.

Beginning to study the saxophone self-taught at the age of 16 he participated in conducting workshops regularly.

Since 1990 Andreas Ludwig Schulte is the conductor of the “Kolpingkapelle St. Michael”, Papenburg.

In 1995 he started to study music at the Hanzehogeschool in Groningen/NL. Being taught by Peter Tjeerdsma and Jan Schomacker he studied jazz and jazz similar music with the main subject saxophone.

He finished his studies successfully in 1999.
Andreas Ludwig Schulte was interested in composing and arranging very early. Jan Schomacker was the one who encouraged him 1997 to present a couple of brass quintets to the Dutch music publisher De Haske.
Since then different pieces of work have been published by De Haske and especially by the Dutch music publisher Gobelin.
Since 1998 he teaches at the “Musikschule des Emslandes e. V.”. From 2000 to 2005 he was the head of department for further education. In this context he led and organized further education courses for amateur brass players. Moreover he leads conducting courses.
website: http://www.andreas-ludwig-schulte.de/